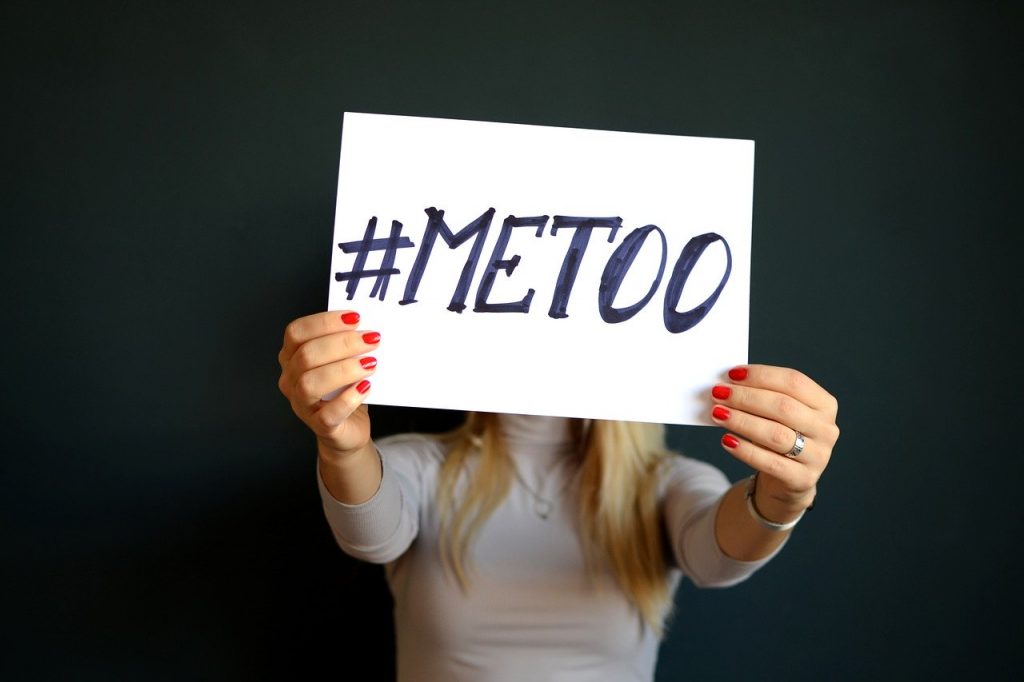 By Cheryl Grant
Although the “me too” movement was started approximately 13 years ago (2006) by Tarana Burke, a sexual harassment survivor, the movement went viral after Alissa Milano suggested the #metoo for social media to show the magnitude of the issue in 2017. Looking back over the last few years, it is interesting to see how this movement has influenced our society.

In 2014, three women came forward to report that Jian Ghomeshi had sexually assaulted them. He was subsequently charged with four counts of sexual assault and one count of overcoming resistance by choking. In March 2016, Ghomeshi was acquitted on these charges with the judge accusing the victim witnesses of “inconsistency and outright deception” and “lying or trying to conceal evidence”. That perception was the reason that he was acquitted. This decision resulted in a subsequent charge being withdrawn. Ghomeshi did lose his job and his career has never recovered, but what about the impact on the victims? They were accused of lying and not acting how victims of sexual assault “should”. In an interview with Chatelaine one of the accusers, Lucy DeCoutere, identifies feeling shame and responsibility for failing other victims. She described herself since the trial and acquittal to be “cracked in half” and to have “lost her sunshine”. In my role as a social worker, I have often seen similar responses from victims following court processes.

However, since the Ghomeshi trial there has been an increased awareness of these issues. Victims of sexual harassment/assault have increasingly come forward with some disclosures even resulting in convictions. There were more than 50 women who came forward to report incidents of sexual assault by Bill Cosby. After years of settlements in civil lawsuits and denial by the well-known television dad, in April 2018 Bill Cosby was convicted on 3 counts of aggravated indecent assault against a Toronto woman. He was sentenced to 3 to 10 years in prison as a result of his conviction. He has also lost several honorariums, titles, and business associations. Although he continues to deny the allegations, he admitted to giving women Quaaludes illegally prior to engaging in “casual sex”. It was this admission that led to the use of non-disclosure information from civil lawsuits.

Shortly after this conviction in May 2018, another powerful Hollywood mogul, Producer Harvey Weinstein, was charged with rape, a criminal sexual act, sexual abuse, and sexual misconduct. His trial is scheduled to take place in January 2020. The fact that Weinstein was in such a position of power led to years of silencing through non-disclosure settlements and payoffs. More than 12 women bravely reported repeated incidents of sexual assault by Weinstein and there have been more since. Many of these victims are well known actresses, including Rose McGowan, Uma Thurman, and Gwyneth Paltrow. In many cases Weinstein settled with former victims in civil lawsuits with non-disclosures in place. Those non-disclosure agreements allowed him to continue to abuse his power in the industry, leaving many women at risk. We can only hope that Weinstein too will be convicted and face justice.

Since the #metoo movement, other industries have also been identified to have high incidence rates of sexual harassment. For example, allegations of sexual harassment in the restaurant industry came to light after allegations towards prominent figures and chefs including Mario Batali, Todd English, and John Besh were reported. When men are in positions of power in the industry as owners, managers, and chefs victims of abuse are reluctant to come forward because it puts their livelihood at stake. Even when the harassment/assault was not committed by the person in power, there was a trend of turning a blind eye to allegations about colleagues or customers because customers are more “valued”. These trends give the repeated message that victims are not valued and don’t need to be listened to. This can result in victims feeling discouraged from reporting.

The service industry has a second aspect of concern in relation to sexual harassment and assault, since servers rely on tips to live due to making less than the minimum wage. As such, servers may tolerate sexual harassment and assaults from customers to avoid losing the tips they need to survive financially. As someone who worked in the restaurant industry for almost 18 years – social work is not my first career – I can attest to this fact. I spent many years tolerating unwanted sexual comments and advances from customers and rarely reported these to management. This was because I realized that the customer was more valued than I was by management. Servers are seen as expendable but also rely on the money to pay rent and other bills.

I also learned earlier in my serving career, that sexual innuendos and comments are common place amongst the staff dynamic and between managers and staff. Servers expected that someone would say something inappropriate to them daily. If you didn’t laugh along you were considered a “prude” or “no fun”. It became acceptable for someone to slap my behind or try to grab my breast, “all in good fun”. I once tried to complain about a manager who knew one of my ex-partners and decided that it was acceptable behaviour to tell my colleagues about my sexual history. I went to the owner. Nothing came of it, other than my scheduled shifts were reduced and the sections to which I was assigned were the least profitable. So when I saw the #metoo posts of numerous people on social media, I too registered among this group. I am happy to hear that Ontario has initiated an online harassment e-learning for restaurant employees.

I am encouraged to see that the #metoo movement has started conversations about how sexual harassment is perceived. Not only is the restaurant industry introducing training, but a move to eliminate the separate tipping minimum wage has also started in many areas. This increase up to the normal minimum wage can equalize the financial need that leaves servers in the vulnerable position of enduring harassment to make tips. An article in Vox identifies this as one of the seven areas that the #metoo movement has made an impact. It identifies that some US states are also passing laws preventing non-disclosure agreements in civil cases of sexual harassment/misconduct to remove the protection that people in positions of wealth and power have for years been able to afford. Some states have also introduced new sexual harassment laws. Another gain from the movement is the development of the “Time’s Up” legal defense fund that helps survivors pay for legal representation through their lawsuits. Even Congress has recognized the need and has initiated a reform on some of its processes in relation to reports of sexual harassment by staff. There has also been an increase in financial restitution for survivors and an increase in sexual harassment lawsuits from 2017 to 2018. The Vox article concludes that #Metoo has shifted the popular conversation about power and gender. It has increased awareness and understanding of the perpetuation of violence by people, most commonly men, in positions of power and wealth. It has also allowed survivors to feel supported and encouraged them to speak out.

As a social worker, I have worked with many women and children who have been victims of sexual violence. I see the impact and trauma that these experiences cause them day after day. I have seen the injustices in the criminal courts, where the burden of proof is on the victim, resulting in further judgment and oppression. I feel encouraged that the #metoo movement and other social justice movements continue to bring awareness and support for those who are vulnerable and who experience sexual violence. Ongoing education and awareness is needed, especially with lawyers and judges in the criminal courts. We can only hope that the #metoo movement will continue to lead to a better understanding of the impact of sexual violence and ultimately end of victim blaming, as seen in the Ghomeshi trial, by our justice system. I guess we will see if this is the case as we await the Weinstein trial in January 2020. Either way, the #metoo movement has made and continues to make an impact for awareness of the breadth of this issue and the continued support and empowerment of those who have been victims of sexual violence. #METOO

Cheryl Grant is a member of Violence Prevention Grey Bruce